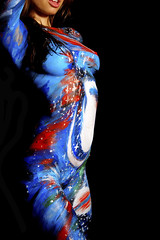 Khajuraho is located in the Bundelkhand region of Chhatarpur district in Madhya Pradesh. Known world over for its medieval temples ornate with erotic sculptures, this rustic city is famous both as a tourist destination and an archaeological site. Khajuraho or ‘kharjuravahaka’ gets its name from the Sanskrit word ‘kharjur’ meaning date palms. It is said that the whole area was enclosed by a wall with eight gates, each flanked by two golden palm trees.
Declared as a UNESCO world heritage site, and one of the Seven Wonders of the World, Khajuraho’s sculptured temples are dedicated to Hindu gods Lords Shiva, Vishnu and Jain patriarchs.

An erstwhile capital of the Chandela kings, Khajuraho once extended over 21 square kilometres with about 85 temples built by multiple rulers. In the late 11th century, the Chandelas moved to Mahoba and Khajuraho was largely forgotten till 1838, when a British army captain, TS Burt, rediscovered the complex of temples in the jungle in Khajuraho.

Khajuraho has a number of luxury hotels to cater mostly to the foreign tourists who flock the area. Some of the high end hotels are Hotel Clarks, The Radisson Jass Hotel Khajuraho, Ramada Khajuraho, Usha Bundela, The Lalit Temple View and the Chandela Hotel.Some of the budget hotels are Hotel Surya Khajuraho, EuroStar Inn, Hotel Isabel Palace, Hotel Marble Palace, Casa di William, Shri Krishna Jungle Resort, Hotel Harmony, Hotel Lakeside and few others. Khajuraho has an airport that connects to the major Indian cities like Bhopal, Delhi, Varanasi, Mumbai and Indore among others. It is also well connected by bus from Delhi and nearby areas. The nearest railhead is at Mahoba, which is around 60 km away. The best time to visit Khajuraho is from the months September to March.

For more information on Khajuraho hotels and popular Hotels in khajuraho visit HolidayIQ.