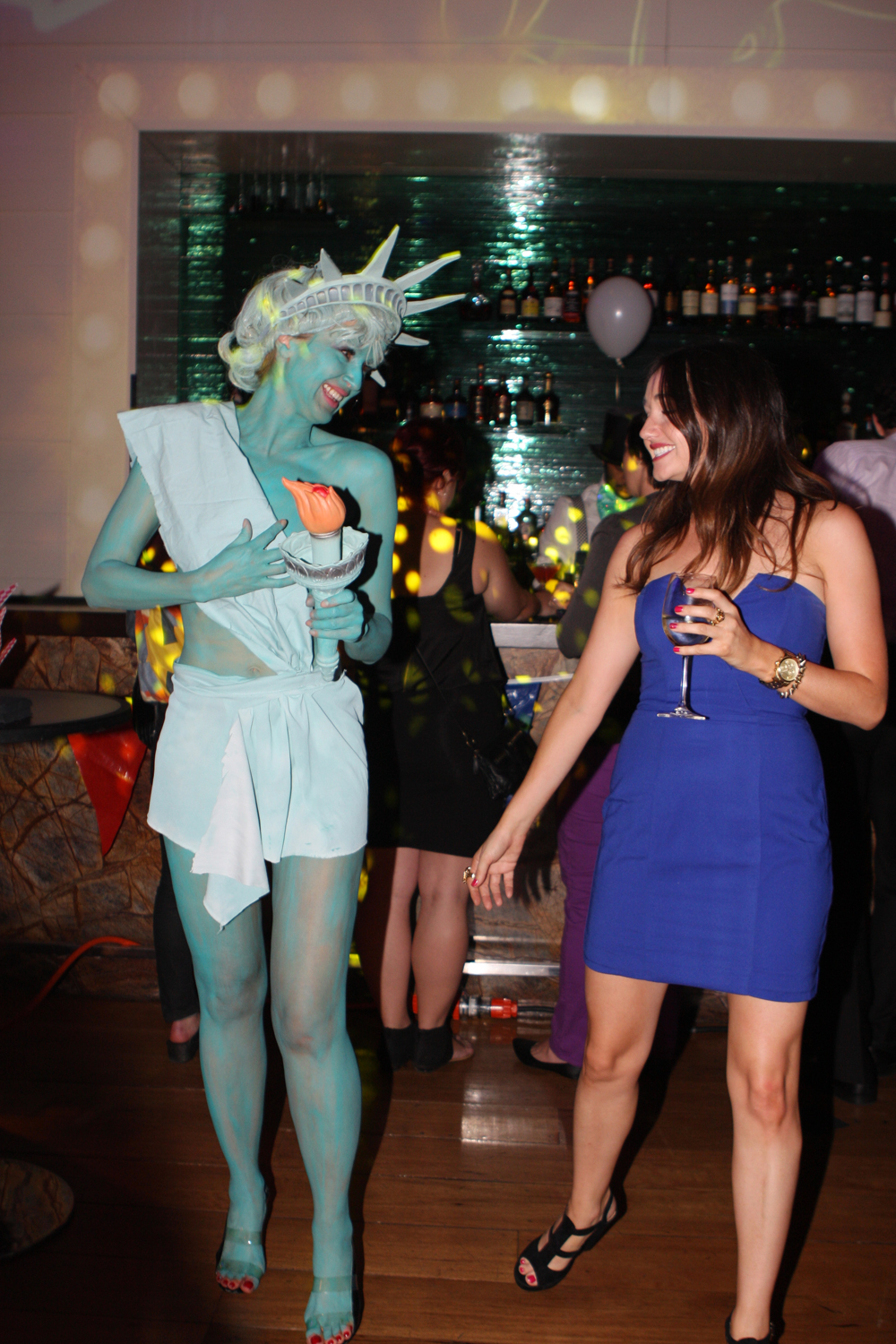 The Hilton marquee Hilton reads: "Zeta`s "CONEY ISLAND" is our exciting new Friday Nights concept. Experience evenings of the unexpected, perfectly paradoxical and the weird and wonderful, with extravagant entertainment and a creative mix of classic cocktails with progressive and fun elements."

The Hilton Hotel franchise and our friends at the Zeta Bar were serious and they were back to the Coney Island theme again tonight, with a ‘Statue Of Liberty’ model (Victoria) for the evening’s entertainment. The Statue Of Liberty in reality overlooks New York Harbour, but tonight she visited Coney Island – Zeta Bar style.

The action was all mixed with a specially concocted range of classic cocktails with a twist, like Cosmopolitan Candy Floss, Toffee Apple Martinis and Long Island Iced Tea snow cones and much, much more, with the ‘Statue Of Liberty’ model adding addition excitement.

The Coney Island theme was once again a huge hit and Human Statue talent will be continuing to entertain patrons at the Zeta on most Friday nights for the foreseeable future.

Very well done to everyone involved in the success of the Coney Island promotion and we’re certain the titillating entertainment will keep patrons coming back for more.

It’s all there for the taking at Hilton’s little slice of paradise in Sydney’s CBD and its you’re big chance to see why ‘Coney Island’ is so popular the world over.

Zeta Bar pushed the boundaries of cabaret, bringing the sexy mystique of 19th century underground back to life in Extreme Cabaret.

Extreme Cabaret was a delicious smorgasbord of fantasy and magic, wit and whimsy served with sides of lunacy and luxe, and very well lubricated with prohibition-style cocktails, mystifying molecular cocktails and delectable morsels.

As a progressive cocktail bar and exclusive escape in the Sydney CBD, Zeta changed the face of Sydney’s bar culture when it launched as part of Hilton Sydney in 2005. Today, Zeta has won multiple awards year on year for its bartenders, playful drinks, cocktail classics and seasonal, trend setting concepts; the latest of which being ‘Extreme Cabaret’.

Access to Zeta is via glass elevator at the Hilton Sydney entrance on George Street. Zeta boasts a chic, outdoor terrace overlooking the iconic Queen Victoria Building. A VIP lounge and selection of private booths and breakout areas in luxe purple and dark wood interiors underline Zeta as the CBD cocktail bar to be seen in and part of. 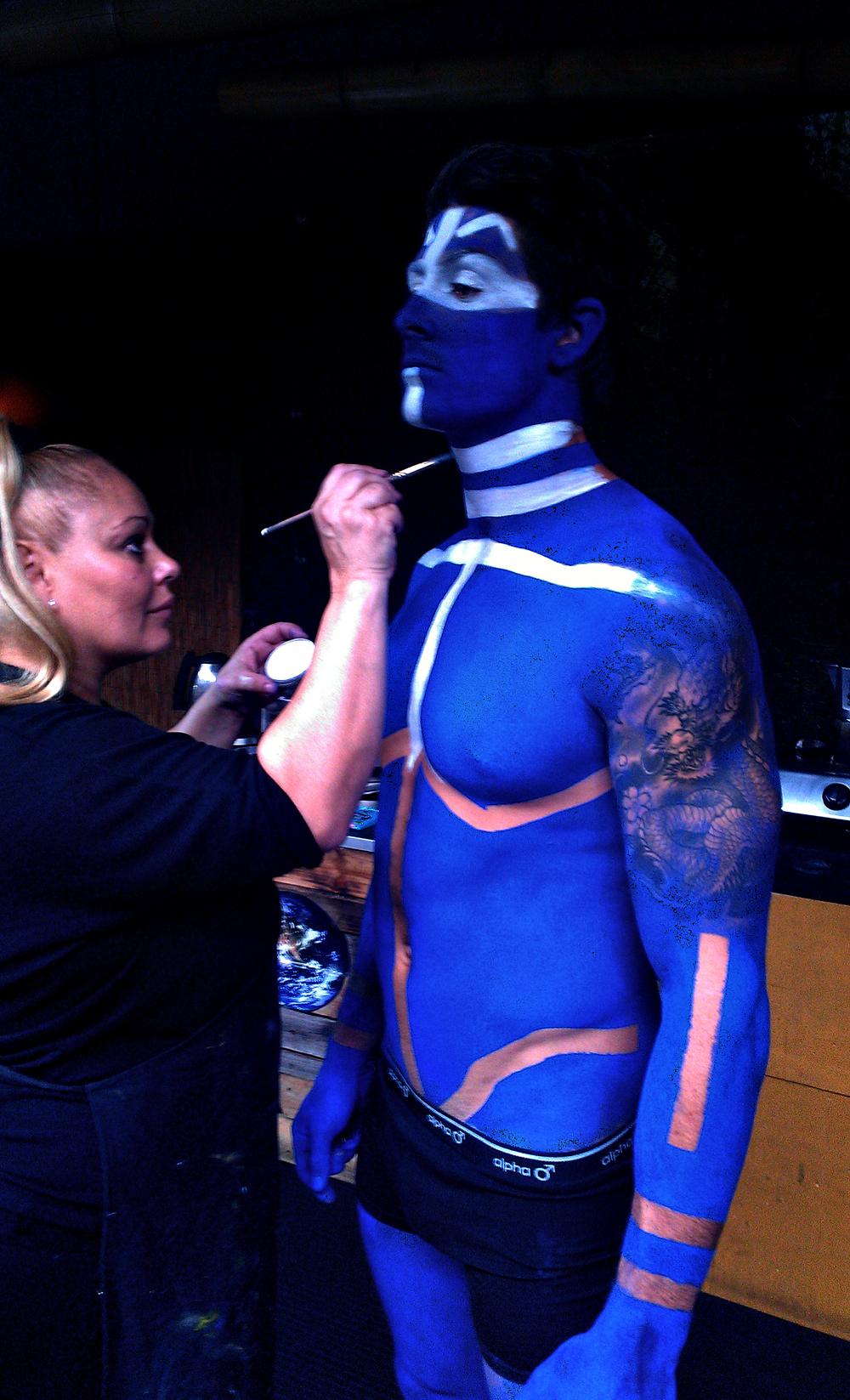 We can’t let the cat out of the bag too much but it can be disclosed that a reality TV program being filmed in Sydney’s Sutherland shire will have some personal fitness trainers decked out in human statues, as part of their team identification.

It’s also understand that creative artist and head of Human Statue Bodyart, Eva Rinaldi, will be featured in some of the reality TV programming featuring her bodypainted creations.

The addition of bodypainted fitness trainers helped their already sexy and sporty show reach a new level of excitement, lifeforce and wow factor.

The statue component is helping generating positive buzz for the production and will help the show become even more topical fodder for under the watercooler, powered along by social media and positive word of mouth.

Needless to say that Human Statue Bodyart is excited about the prospects of working with Shine Australia again in the near future.

Shine Australia continues to innovate in Australian television production with fresh and outside the box media and marketing campaigns.

Stay tuned to this station for more details of the upcoming reality TV show featuring the always popular bodypaint and bodyart from Human Statue.